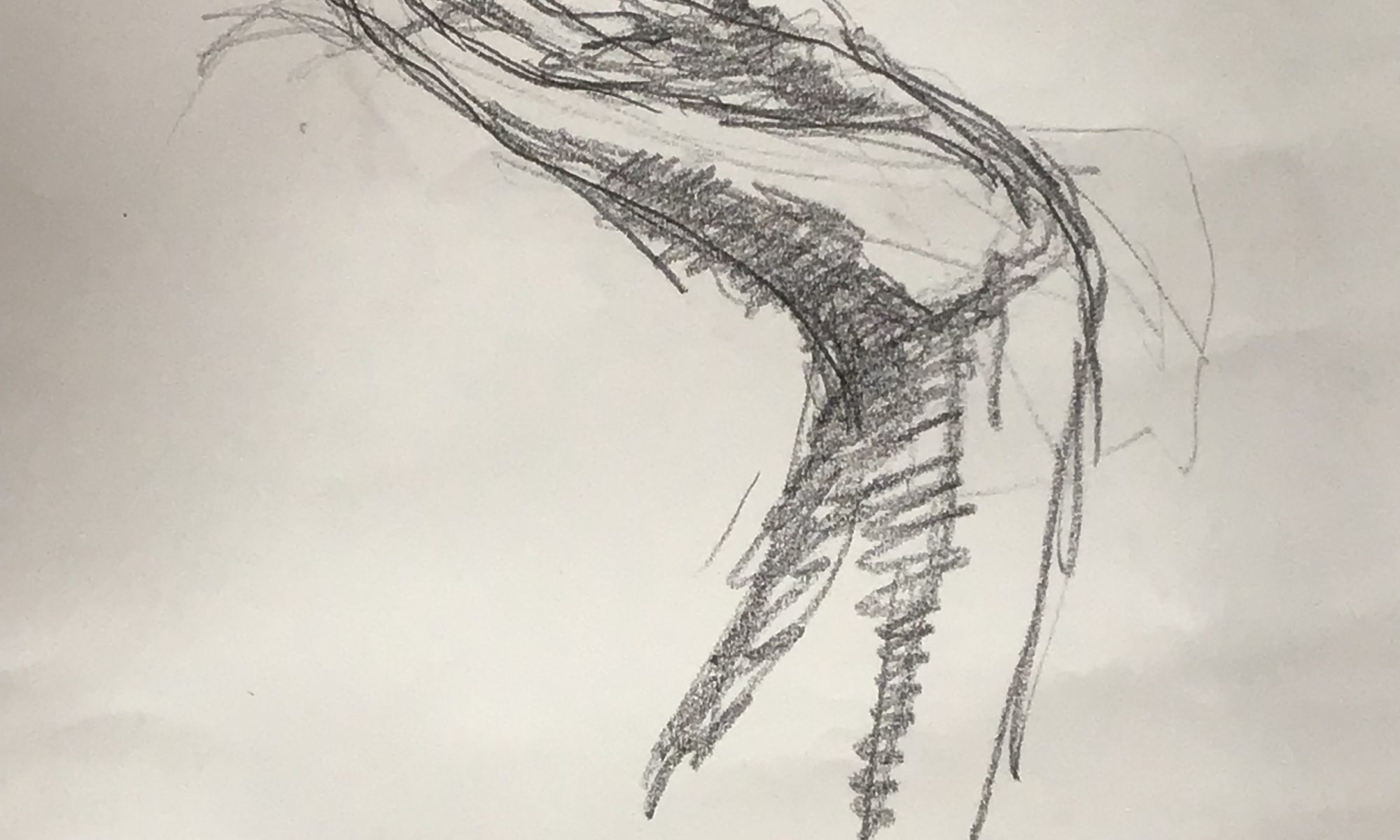 This was the first session of our summer term and a way of easing ourselves into this enjoyable but demanding part of art practice the beginning of the session was slightly different to usual.

Tim our amazing life model held the same pose, against a blue screen for 45 minutes. Members of the class were given the task of completing three drawings of approximately 15 minutes each.

The first was to study the outline of the model and the ‘negative’ shapes that his body formed. 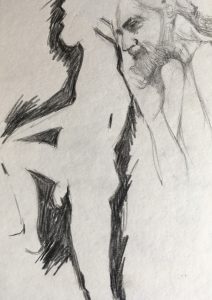 The second drawing was to be completed using straight lines only, no curves! Kirstie chose to work with white chalk on black paper (recycled from her Arches watercolour pads no less!).

The third and final drawing was to be made by starting with a mid tone charcoal base and using a rubber to carve out the lighter areas in the model before adding charcoal to get the dark tones.

At our tea break we had a wonderful catch up chat discussing the latest exhibitions and generally putting the art world to rights. In particular this week the ‘Artist’s Statement’ came under review. A difficult one for all artists who wish to appear both intellectually cerebral and approachable at the same time. My thanks goes to Alan for his constructive criticism of mine!

The second half of the session concentrated on one pose with a short study of hands to conclude.  If you are interested in life drawing but the thought of taking part terrifies you then do get in touch and I will find away to get you started. 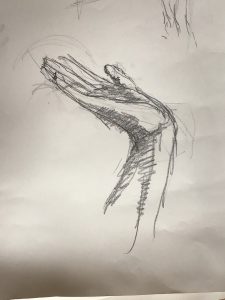